In garlic, I savour the sweet smell of success 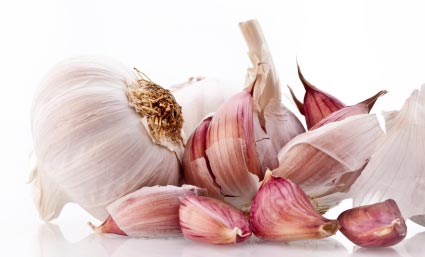 Off the Meru-Nanyuki Road in Kisima, Buuri sub-county, sits a farm where garlic is the king.

Samuel Mwenda, the owner of the farm, is busy tending to the crop when the Seeds of Gold team arrives.
The huge smile on his face shows signs of a happy farmer with a never-die spirit, despite his advanced age.
“For me, garlic (Allium sativum) is my bread and butter, my life and my darling. I will farm it till the end,” says the 67-year-old.

“This is because I never go out to look for market, buyers flock my farm for the produce when it matures, transporting it up to Mombasa where it is very popular.”

It has been 13 years since the farmer started growing the crop, after finding the going tough with tomatoes and French beans he was farming on his 10-acre farm.

“I started farming by growing the two crops, but the profits were minimal due to diseases. Tomatoes were prone to diseases making me spend more on pesticides. On the other hand, the market for French beans was small,” says Mwenda, who has been a farmer throughout his adult life, also keeping sheep, growing wheat and potatoes.

So in 2003, he planted his first garlic plants on quarter acre, testing the waters after getting seeds from a farmer in Timau, where garlic is widely grown.

Garlic has a dormancy of up to eight months after planting. To break it, he stored seeds in sisal sacks for warmth to enable the shoots to sprout in three to four months.

Other farmers use a bio-stimulant hormone, which breaks the dormancy and helps the seeds to germinate in less than a month.

“It took me about 10 months to get my first harvest after waiting for about five months during the dormancy period and four-and-a-half months for the crops to mature,” says Mwenda, whose investment was Sh50,000.

“I planted 45kg of garlic and harvested close to 1,000kg, which I then sold at Sh260 each. A kilo of garlic seeds yields between 30 and 40kg. It was a surprise and motivation to me.”

PESTS AND DISEASES
But before the harvest, all had gone well until when the crop was attacked by thrips. “All along, I had known that garlic is hardly affected by diseases. But I realised my mistake, the garlic farm bordered a maize plantation with the cereal acting as a host for the pests,” he recounts.

Mwenda says garlic plants need fertiliser like CAN and NPK 1717 to boost the yield.

However, he adds that some diseases like blight and rust may also affect the plants on the farm, therefore, appropriate pesticides should be used.

“I grow cloves that I have stored to break dormancy. The larger the clove, the bigger the bulb during harvesting. When planting at 10cm between plants and 30cm between rows, I use 100kg of fertiliser and some other 100kg of the top-dressing fertiliser before the garlic starts forming tubers,” says Mwenda, noting mulching helps the crop grow better.

Garlic is ready for harvesting when the leaves wither. One uproots the crop, cuts the roots and the stems and separates the bulb for drying.

Mwenda grows the crop on a rotational basis on half-acre portions, planting 200kg on each. This method has ensured he earns throughout the year and helps keep diseases at bay.

“Since I started garlic farming, I have been planting the crop twice a year. I grow the Gatumani type but l am planning to change the variety because there are others that mature faster,” he offers, adding from each portion he harvests about 3,000kg.

He sells a kilo at Sh360 when demand is high.

“My expenses include labour, buying of seeds at Sh200 a kilo and pesticides costs. With the money I ended up with, I was a happy farmer,” says Mwenda, who through garlic (and his other farming ventures) has been able to educate his eight children to college level and start a sheep farm where over 100 Merino animals thrive.

DEMAND FOR GARLIC
According to Mwenda, demand for garlic peaks between August and September, when a kilo goes for between Sh300 and Sh400.

And from December to January, prices are lower since the market is flooded with the commodity.

However, despite the price fluctuation, garlic prices do not fall below Sh200 a kilo.

His greatest challenge remains pests and diseases, which include rust and thrips.

“Thrips are a big enemy of the crop. I spray twice or thrice per week depending on the stage of maturity and the rate of infection,” he says, noting an influx of imported garlic from Asia has started to cause worry among farmers.

“Cool conditions with an adequate soil moisture for early growth, followed by warm, drier conditions for maturation, harvesting and drying are ideal,” he says, adding bulbing of garlic requires longer exposure to daylight.

He adds that cloves stored at temperatures higher than 25 degrees Celsius will not bulb properly when planted.
“Bulbing requires that first the cloves or the plant be exposed to low temperatures. When the plant has about 12-14 leaves size, bulb swelling can start but this needs long days and warm temperatures. Exposing the plants to cold temperatures for too long can cause clove formation in all leaf axils, hence the bulb appears to be rough,” he warns.
Garlic, just like ordinary onions, need nitrogen, phosphorus and potassium nutrients for higher yields.

“Adequate nitrogen is necessary for maximum bulb production, while excess reduces the yields,” says Dr Masinde, noting that the amount of nitrogen and phosphorus fertilisers to apply should be determined after a soil test is done.
Other major pests in garlic farming include cut worms, leaf minors and nematodes, and can be controlled by use of approved insecticides.
Source Daily Nation Seed of Gold
Powered by